Search Revenues Will Bounce Back

Despite the worst advertising recession since at least WWII, both Google and Yahoo's search revenues increased 3-4% in the U.S in Q1 compared to a year ago. Once the economy truly bottoms, I expect search revenues to rebound nicely.

Search query volumes in the U.S. are still growing 30%+ per year.
Yields per search have declined by roughly the same amount, due to three factors:

While all three yield variables have been negatively impacted by the economy, that won't be true for long. Let's consider each variable separately since they will behave differently when the economy improves. 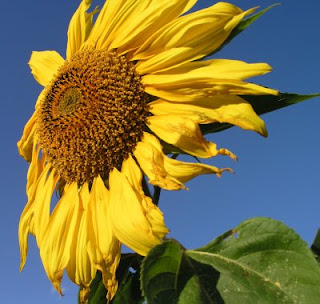 First, CPC's. This is the easiest call. When the economy turns, CPCs will first stabilize and eventually rise again. Competition for attractive keywords will rise; volume on the highest value keywords (like mortgages) will increase; and the long-term migration of advertising form off-line to on-line continues. Why am I so confident about this? Because the supply of high quality keyword searches, meaning the supply of highly focused consumer intent, is far more scarce than advertiser demand for that intent.

Second, click-through rates. This variable is trickier-- I would expect a lower rate of decline, though a reversal of trend is less clear. On one hand, a stronger economy will increase consumer buying interest and the likelihood of clicks; so will ongoing improvements in ad matching algorithms. On the other hand, more searches per user decreases the likelihood of click-throughs on a given search. And then there's the elusive issue of "ad blindness". On the margin, are people starting to "tune out" ads? While this might happen to generic display, search is driven by clear intent, so this effect should be less. (There's a lot more to explore in subsequent posts about intention-based ad models.)

Third, ad coverage. I would expect the rate of decline to moderate, but not necessarily reverse. On one hand, there are many small/local businesses (millions of them!) that are not yet using paid search-- but they will. On the other hand, I expect much of search query growth to be less commercial and more social in nature ("social search").

Putting these pieces together: I'd expect CPCs to rise again, click-through rates to moderate their declines, and ad coverage to continue to drift a bit lower. In sum, the negative 30% yield headwinds will moderate substantially (though not entirely reversing), allowing the search engines to convert some of their rapid search volume growth into revenue growth in the U.S.

International search revenues have an even brighter future. I'll tackle that later.

A couple of long term trends that will ultimately challenge search revenue growth are the rapid growth of mobile and social media-- and the intersection of both. (I'll tackle these topics later as well.) While these are very powerful long term trends that are already significantly at work, the "traditional" search market is far from fully penetrated itself.
Posted by Bob Brisco at 11:28 PM