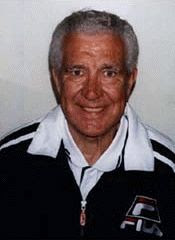 NBA players make 77% of their foul shots, a relatively disgraceful figure. (BTW, the NBA free throw percentage is basically identical to the WNBA.)

Dr. Tom's training regime seems to get results for others. He claims to have improved a junior high team from 40% to 80%+ in a week. If he could take an NBA team from 77% to 85%, he would be worth an astonishing 10 wins a season.

An extra 10 wins would have put any of these seven teams into the playoffs this year: Phoenix, Indiana, Charlotte, New Jersey, Milwaukee, Toronto, and New York. But no, they missed free throws and the playoffs.

This year, if Orlando had made one extra free throw (here's looking at you Dwight and Hedo) in regulation in Games 2 and 4, the Magic would have led the series by 3-2. Orlando did overcome the worst FT% in the regular season this year (71.5%), but it caught up with them in the end. Without any doubt, poor FT shooting prematurely ended the Magic's championship bid.

There are probably less than a dozen players in the NBA who are worth an extra 10 wins per season. All of them make more than $10 million per year than the average player. I don't know how much Dr. Tom charges, but I assume it is less.

This NYT article says that NBA free throw shooting hasn't improved in 50 years. This freakonomics post says that while the average player hasn't improved, the top players have improved a lot (which means the worst have gotten worse, yikes!).

Maybe some variable pay in the NBA would cause improvement. Or hiring Dr. Tom. Or both.


* Thanks to Tim Katlic for researcing this post.
Posted by Bob Brisco at 6:31 AM