Pixel This: Google Analytics at 80%+ Penetration 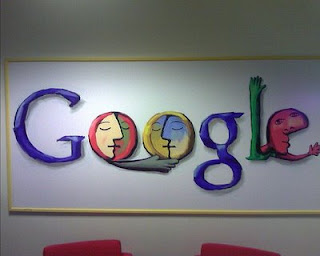 If you had a tracking pixel on more than 80% of internet websites, what would you do with the data? The mind reels.

You could conceivably know the most about:
- People’s interests throughout the world
>>>what do they buy?
>>>where do they shop?
>>>who do they trust?
- Changes in fortunes
>>>which products and services are hot, which are not?
>>>which consumer trends are emerging and which are fading?
- Organizing all of the world’s information
>>>what do people want?
>>>how do they like consuming it?

Which brings us, of course, to Google. A new study of 400,000 domains reveals that the Google Analytics (“GA”) pixel is now deployed on about 88% of them. While the growing ubiquity of the Analytics pixel is relatively well known, these numbers were a bit higher than I thought. But if the study is overstating the reach now, it won’t be for long. Rapid GA adoption continues.

I hear a lot of concerns about Google’s enormous might, but I’m not a reactionary or conspiracy theorist about Google’s “dark side” or their ability to become “big brother”. I’m only observing that the aggregate GA data is an enormous and extremely insightful tool; it contains important knowledge mapping data on a scale unlike any other.

I’m not sure how Google is or isn’t using this data now, but I assume they will ultimately use it to help with their mission of organizing all of the world’s information. With the data, you can build better search tools, better knowledge maps, and better services. (This is a great example of Google's advantages and of economies of scope .)

The other striking data point from the study is that the nearest “competitor” to GA, StatCounter, has only 7% penetration of the 400,000 domains in the study. I would expect other competitors to increase their penetration, since the cost/benefit ratio of installing tracking pixels is generally improving. But 88% vs. 7% sure is a commanding lead.

I’d love to hear your thoughts about where Google might take its GA position.

Finally, a quick shout out to Christa Quarles for tweeting the NYT article, which brought the new data to my attention.
Posted by Bob Brisco at 6:00 AM