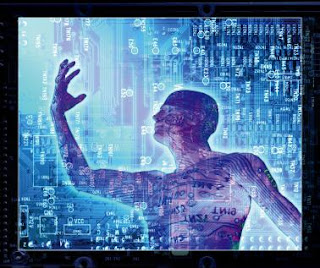 Social media is the fastest scaling and evolving business in history. That's because interactive media co-evolve with their audience, engaged in almost real-time evolutionary dynamics that are like Darwin at warp speed.

When it started, its features were basically the same as other communities. Mostly plain vanilla. And it's focus was a relatively small vertical: Harvard.

But FB evolved extremely rapidly. Why? Because it's community was highly engaged. And because it's founders quickly responded to many of their needs.

While all businesses must be responsive, social media is unique because of the extent and speed of this co-evolution. Social media shares the basis of content production with its customers, shares the development of its platforms with software communities, and by virtue of being entirely virtual and organic, can evolve with a minimum of constraints (such as "locked-in" customer bases, heavy capital requirements, or regulatory hurdles). So evolution happens much faster.

The greatness of all social media platforms will be determined by how well they evolve with their audience. Think of Linked-in or Yelp. Whether they flourish or flounder depends on both the strength of their communities and how well they will evolve with them.
Posted by Bob Brisco at 11:49 AM