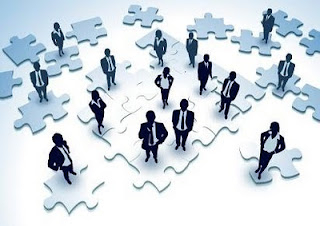 Hey, I just read this really cool thing!
I just did this amazing stuff!
Do you like it?
Want to comment?
Want to be my fan?
Come play!
I'm over here!

Social media give people new ways to interact, to engage, to share, to learn, and to recruit new members, customers, and fans.

In many ways, Facebook/FourSquare/Iphone apps are one big "real life" game.

This may all sound frivolous and much of it is. But so is most of TV, Cable, and Magazines-- and they were all fine businesses for decades. Where people gather at masive scale, advertisers and monetization inevitably follow. (And if the audinece has commerical intent or common interests, it's much better.) Monetization typically lags behind the audience shift by a few years. For instance, Google scaled its user base a few years ahead of generating any significant revneue. Same for Facebook. (As was the same for Cable channels in the '80's.)

But the "lags" are shortening. And the revenue almost invariably follows.

A: The ones that best engage their communities, the ones that are the most rewarding to play.

In the general case, "the medium is the audience"-- and the key is to rapidly evolve with your audience, like Darwin in Real Time.
Posted by Bob Brisco at 11:26 AM